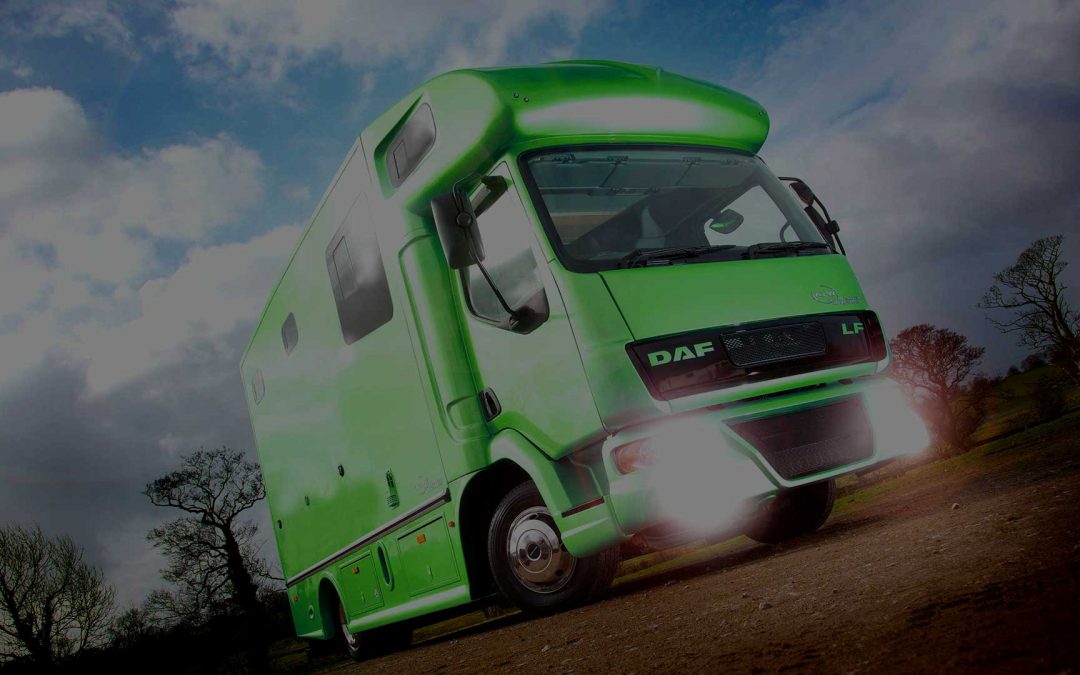 If you already use them horsebox air brakes are something we all take for granted. It is easy to forget how daunting they can seem to customers moving up to larger vehicles and encountering them for the very first time!

Air brakes have been around for a very long time and were first used in the railway service by George Westinghouse who patented a safer air brake on March 5, 1872. He made numerous alterations over the years to improve his air pressure brake which led to various forms of the automatic brake. After its advantages were proven in railway use it was adopted by truck manufactures in the early 20th century.

From the driver seat horsebox air brakes have exactly the same controls as a car, with a foot brake and hand brake. The handbrake differs only slightly in operation but is very easy to use. It is a very safe and simple system which consists of service brakes, parking brakes, a control pedal, hand brake, air pump and air storage tanks with gauges on the dashboard.
From turning on the ignition the driver will see gauges with air pressure levels in the storage tanks. If these levels are low the brakes will automatically be on and a warning symbol and buzzer will warn that the pressure is down. For safety, it is not possible to move the vehicle until the pressure has built up and the warning symbol and buzzer have gone off. In the event of a failure in the brake system, for safety any loss of air will automatically engage the brakes.

Anti lock brakes have been a welcomed safety feature on all modern vehicles including horseboxes and work unseen in the background. Basically when the vehicle is moving sensors constantly check that the wheels are rotating, if one locks up the system removes braking pressure from that wheel until it rotates again. It does this many times each second on each wheel. This clever system allows maximum breaking and shorter stopping distances. Hopefully it’s a feature you will be glad to have and never need!